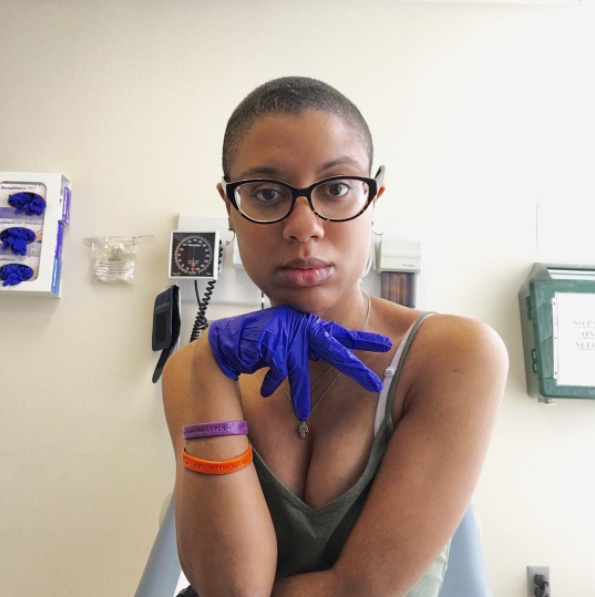 A report by Chronic Illness Inclusion (CII) has found that disabled women with chronic illnesses are frequently gaslit by medical professions. They are left undiagnosed and accused of hysteria. CII received almost 800 responses to a survey about the healthcare experiences of disabled women with energy-limiting chronic illness and chronic pain. The survey findings show that this systemic disbelief has a damaging effect on the whole of our lives. This includes barriers to disability equality and inclusion. Disability denial also blocks our entitlement to support.

According to government data, people with energy limiting conditions make up the second largest impairment group among disabled people in the UK. However, as Hale argues ‘we are rarely seen as a group of disabled people. Medical classification systems carve us up into specialisms: neurological, rheumatological, etc.’ Hale also says that ‘the hostility described by participants went beyond failing to understand, to actively denying and casting doubt on their testimony.’

A wide range of long-term conditions are more prevalent in women than in men – including autoimmune, and neurological diseases such as ME (Myalgic Encephalomyelitis) and Lupus. CII’s report argues that the NHS construct of ‘Medically Unexplained Symptoms’ (MUS) leads to many women being diverted to psychological services and having their physical symptoms discredited.

Why does this happen?

Women with Chronic Illness report more symptoms and poorer physical health than men. They also enter the health care system later than men. Some studies show gender differences in interpreting and managing symptoms as a possible reason. Other studies show that political, professional and individual spheres have an influence on how think about Chronic Illness. This is particularly apparent with conditions such as Fibromyalgia, often described as an “invisible women’s disease”. 80 to 90 per cent of diagnosed cases of Fibromyalgia are women.

There are systematic differences in health between genders. There are even more stark inequalities in health between women in different socio-economic groups, ethnicities and geographic regions. Actions must be taken by health professionals and policy makers to reduce these inequalities. This includes addressing the confusing frameworks that trans and non-binary people with chronic illness need to navigate.

My experience of diagnosis of Axial Spondyloarthritis involved navigating historical assumptions that it is a “men’s disease”. Despite research now showing that it can affect anyone, women still face significant delays in diagnosis. Furthermore, it i shown that women have higher levels of disease activity, greater functional impairment, and worse quality of life. My own journey was a long one, with many a diversion towards psychological services from my GP.

Click here to listen to Ella Tabb (Purple Ella) discuss some of her own experiences of doubt in diagnosis.

Professor Julia Newton, a Consultant Physician at Newcastle Hospitals who specialises in fatigue, says that research is very limited. Because of this, we have very little in the way of understanding why women are more likely to be affected by certain Chronic Illnesses. She believes this gender bias is both a cause and effect of the lack of research. Chronic Illness often has a contested diagnosis because it is under-researched. But, it remains under-researched because of its contested status.

This lack of diagnosis affects data on disability too. A UN review highlighted these shortcomings. It included a lack of measures for women and girls with disabilities, and disabled people from black and minority ethnic groups.

We keenly await the Women’s Health Strategy from the Department for Health and Social Care. In the meantime, women face the unenviable task of navigating Chronic Illnesses that medical science has neglected for decades.

Find an easy read version of this post here.